My article originally posted up on LoyarBurok.

of this article set out the process in which a Malaysian lawyer can get admitted to the Singapore Bar. Part 2 recounts the personal experience of a LoyarBurokker who recently sat for the Singapore Bar examinations.

Having applied in April of this year to do the Singapore Part A Bar exam, I was informed at the end of June that I had successfully secured a place. Like many other Malaysians, I had opted to only sit for the exam rather than enrol in the 3-month preparatory course in order to minimise time off work.

In August, we were given a reading list of recommended textbooks and cases to study. At that time, I did not realise the stressful study route ahead of me. The exams starting in November still seemed very far away and any thoughts of studying were placed on the back burner.

THE (ATTEMPT AT) STUDYING BEGINS

With 5 subjects to cover, being Criminal, Evidence, Singapore Legal System & Constitutional, Land and Company, it was quite surprising how little knowledge I had retained on some of these subjects from my university days in the UK. On top of that, these subjects, naturally, featured almost solely Singapore law cases. It seemed like I be pretty much starting from scratch for most of my subjects.

At the start of October (with the exams now just a month away), it was time to knuckle down and I attempted to start with my studying. This however had to still be balanced with normal working hours. So this meant that I had to work until about 6-7pm after which, I had to put aside work aside for the day, in order to bring out my Part A Bar books to study for the rest of the night. Quite stressful and really not the most productive way to study. I could barely sneak in any free time to study and before I knew it, it was already past mid-October.

With stress levels now having jumped up quite a few notches and with a growing sense of panic that this was the most under-prepared I have ever been for any exam, I headed off for study leave and took a break from work. This was just about 1 1/2 weeks before my first paper.

So I headed down to Singapore sometime close to the last week of October. When I first looked at the sheer amount of reading material I had to cover, there was this initial sense of dread about having to study academic law subjects all over again. I thought it would be something so far removed from practice and something I had already left behind. But as I buried myself deeper into my books, it became more and more enjoyable to study the law again. More so, when the Singapore legal system shared so many common features with Malaysia’s and I saw the law from a fresh perspective, having seen the practical application of the law already and now applying those examples when picking my books.

Both Singapore and Malaysia share the same English common law origins, especially with a joint heritage through the legal system set up in the Straits Settlement of Penang, Malacca and Singapore. We both adopted the Indian codification of the Evidence Act and the Penal Code. Many of the key provisions of the Constitution of Malaysia and Singapore, especially relating to fundamental liberties, were also very similar or even identical in wording. Both countries adopted the Australian Torrens system for land and the Companies Act were similarly influenced from English and Australian provisions.

Having never studied the history or theoretical framework of Malaysian law subjects (having picked up Malaysian law only through chambering and practice), it was very interesting to learn about the similar Singapore principles of law, since I could instantly relate the subjects back to Malaysian law.

By way of examples, the Singapore criminal case law we studied would be drawn heavily from both Singapore and Malaysian authorities, applying almost identical provisions in the Penal Code. For constitutional law, and with me having had only a rudimentary knowledge of Malaysian constitutional law prior to this, it was fascinating to see how both Malaysia and Singapore grappled with similar constitutional issues and questions, for instance, those relating to preventive detention laws. Another example would be in the sphere of company law, with Singapore applying very similar laws for shareholder remedies which originated from the same English authorities applied in Malaysia.

THE END OF DAYLIGHT

Every single day, whether a weekday or a weekend, was spent studying from the hours of about 10am until 9pm. I was lucky to have a small study group and we would just camp out in the library, taking a break for lunch nearby, and then immediately heading back to continue our studying. Dinner may be some bread we bought for ourselves and I’d gobble it down with a drink from the drink dispenser machine. It would then be back into the library to continue with the studying. 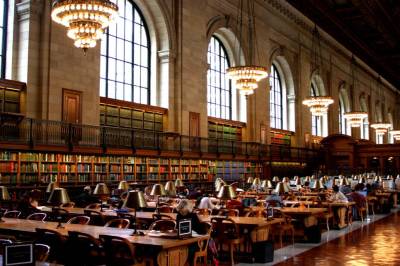 Books and notes would be heavily tabbed with different coloured Post-Its. Past year exam questions would be leafed through for us to try to get a feel of what the exam questions might be like. Brief discussions would be made in whispered voices as we tried to figure out some of the harder issues raised in those past year questions.

One unintended side effect of hitting the books and taking down all the notes was a dramatic improvement in my handwriting. Having not written lengthy notes for years now, my hand regained its mobility from all the atrophy of keyboard typing. I was going to need my strengthened hand for the exam papers ahead of me.

THE START OF THE EXAMS

With me still scrambling to finish covering the syllabus, the exams were upon us. 5 exam papers, each lasting for 2 hours with an average of 2 questions to answer, and an exam period which was spread out over the course of 2 weeks. It would be an open-book exam so we would be allowed to bring in any material we wanted, save that it could not violate any copyright laws (i.e. no photocopying whole textbooks and bringing them into the exam hall). Almost all the exam questions had a heavy emphasis on hypothetical problem questions. These questions would involve a detailed fact scenario and you then had to write out an opinion of sorts for your hypothetical client to advise on the issues arising and the reliefs available. While the open-book format definitely made things easier since you did not have to commit large chunks of statutory provisions to memory, you still had to know where all your material was and you had to be able to identify the issues raised in the questions.

With all the exam papers starting at 6pm, this meant a lot of cramming could still be done during the day of the exam itself which would also leave me exhausted at the end of each paper. There would be a one-day gap in between papers, which made for some welcome breathing space and allowed us to cram in even more material for the next paper. I was quite nervous before my first paper (being Land law) but once that was out of the way, it was a lot less nerve-wracking.

There was a relatively large contingent of around 20 former and present Malaysian lawyers all sitting for the Singapore Bar exam this year. Before each paper, there would be a group of us having a brief chat before heading into the exam hall so it was like a mini-reunion of sorts. After each paper, we would also share a quick complaint or lament, depending on how difficult each paper, was before we scurried home to rest or study further that evening. There was such relief once all of us finished our final paper. Results would be out around 2 weeks later but we were just so glad to have finished with the exams.

The end of the exams left me with mixed feelings. It was stressful studying in the short period of time, and having to face exams again. On the other hand, it was enjoyable leading a student life again, even if it was for only 3 or so weeks. Best of luck to anyone in future who wishes to take the Singapore Bar exams.