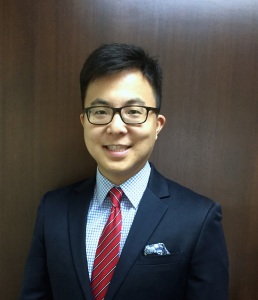 Lee Shih graduated from the University of Bristol, England with a LLB (Hons) degree. He was admitted as a Barrister-at-Law (Gray’s Inn) in October 2004 and was admitted as an Advocate & Solicitor in the High Court of Malaya in September 2005. Having completed his pupillage at Skrine, he joined as an associate in October 2005 and was made a Partner in January 2012.

He has acted in ICC, UNCITRAL and ad hoc arbitrations, with the seat both in and outside of Malaysia.

He acts as lead Counsel in a variety of shareholder disputes, involving just and equitable winding up and oppression petitions. In addition to this, he advises and acts in insolvency, schemes of arrangement and receivership matters.

He has been ranked as an ‘Up and Coming’ Dispute Resolution lawyer in Chambers Asia-Pacific 2014, 2015 and 2016 where he has been described as “making an excellent name for himself in litigation, particularly for corporate and insolvency litigation and international arbitration” and as being part of “the next generation of talented individuals: a forceful advocate in terms of intellectual prowess and punching well above his weight in terms of his level of seniority.”

He is presently a Council member of the Insolvency Practitioners Association of Malaysia (IPAM) and also a member of INSOL International.

Having been trained by the Advocacy Training Council of England and Wales, he is now an advocacy trainer with the Malaysian Bar and teaches advocacy to pupils and young lawyers.